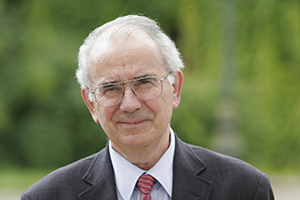 The interview with Jean Mischo conducted by the CVCE in Sanem has recently been published and can be consulted here.

After joining the Luxembourg Foreign Ministry in 1970, he served as a member of the Luxembourg Permanent Representation to the European Communities  from 1971 to 1976, then as Deputy Permanent Representative from 1979 to 1983. Remaining at the Foreign Ministry, Jean Mischo went on to hold the posts of Director of the Political and Cultural Affairs Directorate from 1983 to 1986 and from 1991 to 1992, and General Secretary from 1993 to 1997.

The subjects covered in the interview include the following: