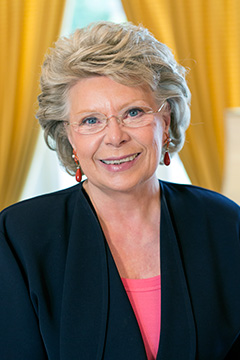 The interview with Viviane Reding, conducted by the CVCE in Sanem on 22 May 2015, has recently been published and can be consulted here.

Viviane Reding is currently a Member of the European Parliament.

The subjects covered in the interview include the following: