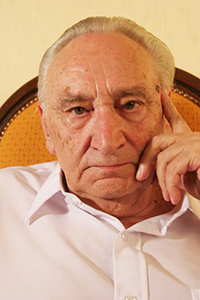 Egon Bahr, a key figure in the German Social Democratic Party (SPD) who worked closely with Willy Brandt, passed away during the night of 19 to 20 August 2015.

Egon Bahr served as State Secretary in the Federal Chancellery from 1969 to 1972, Federal Minister for Special Affairs and Federal Commissioner for Berlin from 1972 to 1974, Federal Minister for Economic Cooperation from 1974 to 1976, Secretary-General of the Social Democratic Party (SPD) from 1976 to 1981 and Director of the Institute for Peach Research and Security Policy at the University of Hamburg from 1984 to 1994.

In 2006, the CVCE had the privilege of interviewing Egon Bahr for its oral history project. The topics discussed during the interview included: