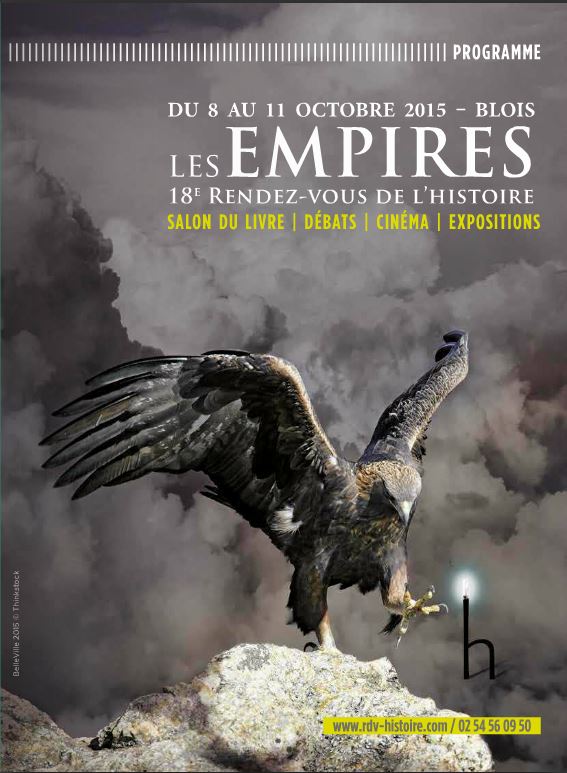 From 8 to 11 October 2015, the CVCE will be taking part in the ‘Rendez-vous de l’histoire’ event in Blois, France, which this year is on the theme of ‘Empires’. The event is an important meeting place for historians and all those with an interest in history. Each year, people turn out in large numbers to attend the lectures, browse the stands at the ‘Salon du livre d’histoire’ and watch the selection of films on offer.

At its stand, the CVCE will present its research infrastructure on European integration, CVCE.eu, its thematic ePublications, and the digital humanities tools and methodologies that it uses to produce, enhance and share its work.

On 9 October, the CVCE will also take part in the study day ‘Historians and digital technologies’, organised by the Humanistica association as part of the ‘Rendez-vous de l’Histoire’ in partnership with the French ‘Fête de la Science’ (annual science fair). Henriette Heimbach will present the results of a joint project carried out with Elena Danescu, Marten Düring and Daniele Guido entitled ‘A new reading of primary sources via the digital analysis of social networks. The Werner Committee and the debates on European economic and monetary integration’. This project makes use of digital tools to carry out a humanities-based analysis of a selection of documents and resources from the ‘Pierre Werner and Europe’ project. The round table for which the CVCE’s project was selected by the Humanistica panel will particularly focus on the specific epistemological questions raised by the various projects presented.