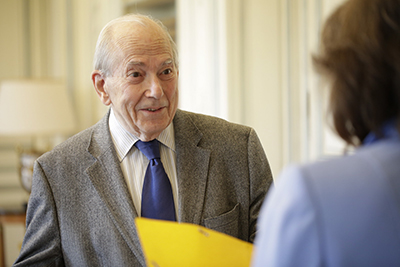 In connection with the ‘Pierre Werner and Europe’ and ‘Histora’ research projects, Michel Camdessus, Honorary Governor of the Banque de France and Managing Director of the IMF for 13 years, gave an interview to the CVCE on 8 October.

Mr Camdessus particularly spoke about the origins of his commitment to Europe, the major European and international events that he witnessed or was involved in, his long-standing work for the reform of the International Monetary System, and the current challenges and prospects for Economic and Monetary Union.

The interview will soon be available in the ‘Oral history’ section of CVCE.eu.