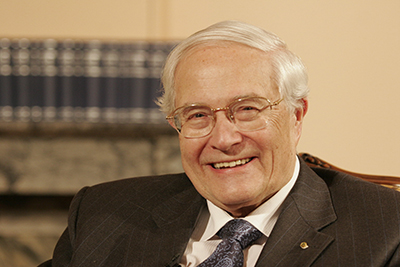 To coincide with the Luxembourg Presidency of the Council of the European Union, the CVCE has recently published a series of interviews with former Luxembourg ambassadors in which they speak about the milestones in their diplomatic careers and the development of Luxembourg diplomacy within the European Union. A new interview with Adrien Meisch is now available in the ‘Oral history of European integration’ collection.

The interview particularly focuses on the main stages in his diplomatic career and the development of Luxembourg diplomacy.