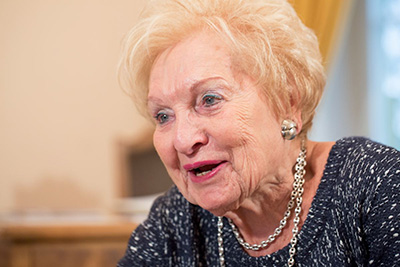 In connection with the ‘Pierre Werner and Europe’ research project and the ‘Oral history of European integration’ programme, Astrid Lulling, a Member of the Luxembourg Chamber of Deputies (1965–1989) and Member of the European Parliament (1965–1974 and 1989–2014), gave an interview to the CVCE on 24 November 2015.

Mrs Lulling began by speaking about the origins of her European commitment and went on to discuss the significant aspects in Luxembourg’s European policy and the country’s key political figures since the 1950s. She also described the milestones in European integration which she witnessed and was involved in, particularly within the European Parliament, where she was a Member for three decades.

This interview will soon be available in the ‘Oral history’ section of CVCE.eu.