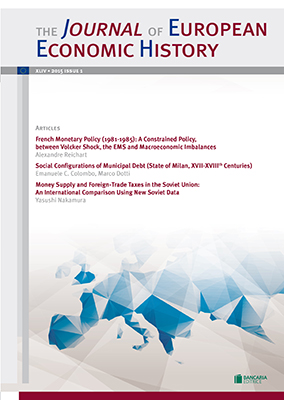 A paper by Elena Danescu, one of the researchers at the CVCE, has been published in the December issue of The Journal of European Economic History. The article ‘Pierre Werner — accounts of a European vocation’ looks at the personality and achievements of Pierre Werner as seen in his private archives, which have been opened for the ‘Pierre Werner and Europe’ research project, and as described by several eminent eyewitnesses during the round table that the CVCE and its partners organised to mark the centenary of Pierre Werner’s birth.