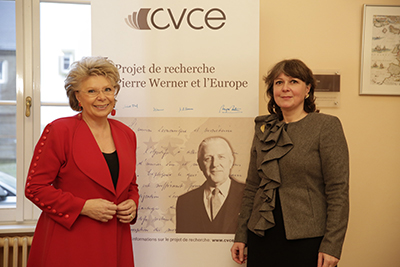 On 4 December 2015, Viviane Reding, a Member of the European Parliament, was invited by the CVCE to record the third part of her interview. Once again, this interview was carried out as part of the ‘Pierre Werner and Europe’ project and also to coincide with the Luxembourg Presidency of the Council of the European Union.

In her historical account, Viviane Reding discussed her three successive terms at the European Commission (1999–2014) —the last of which was as Vice-President with responsibility for Justice, Fundamental Rights and Citizenship — and looked back over the major events in the European integration process which took place during this period.

The first two sessions of the interview can be consulted here.