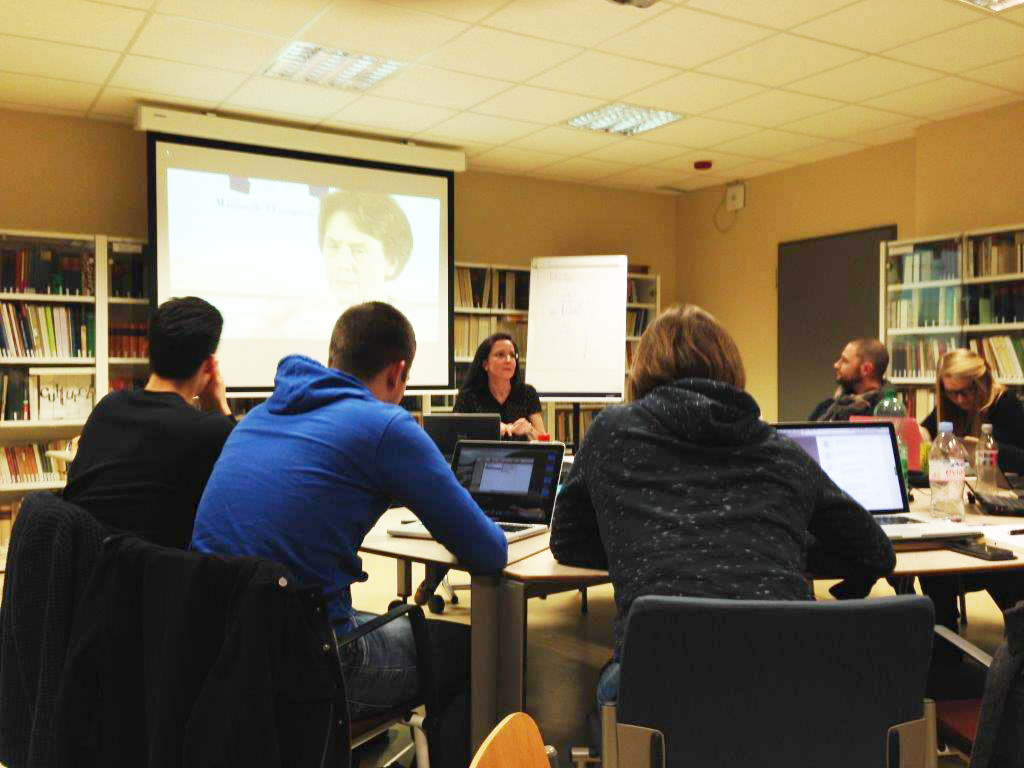 On 9 and 16 December 2014, Susana Muñoz, Head of European Integration Studies at the CVCE, spoke at the ‘Economic and social history of European integration' seminar cycle at the University of Luxembourg. These seminars, part of the Master's in Contemporary European History, looked at the issue of fundamental social rights in Europe.