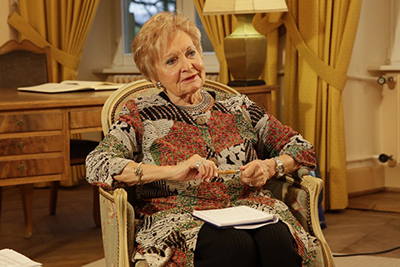 In connection with the ‘Pierre Werner and Europe’ research project and the ‘Oral history of European integration’ programme, Astrid Lulling, a former Member of the Luxembourg Chamber of Deputies (1965–1989) and Member of the European Parliament (1965–1974 and 1989–2014), gave a second interview to the CVCE on 5 January 2016.

This interview will soon be available in the ‘Oral history’ section of CVCE.eu.