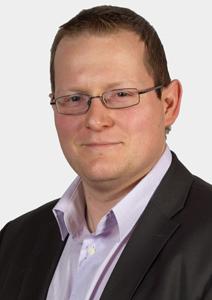 Alexandre Genon completed a Master's in Computer Science at the Université libre de Bruxelles (ULB) in 2003. He started his professional career as a researcher in the model checking service at the ULB, where he worked on model checking techniques of distributed systems until December 2005. In 2006, he became a consultant software engineer at Alcatel-Lucent, where he initially worked on the integration of an intelligent network platform. While at Alcatel-Lucent, he progressed from software engineer to technical project manager and was mainly in charge of projects in cooperation with British Telecom and Orange Israel. He joined the CVCE in November 2009 as an analyst and project manager before moving to a middle management position as ICT coordinator.