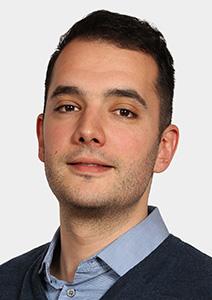 Michalis Florent Spyropoulos is a researcher in the CVCE’s European Integration Studies Department. He is currently responsible for managing the research project REDE 10-14, which examines developments in European integration over the period 2010–2014.

He has previously worked for the European Commission as a political and media analyst, for the French Defence Ministry as an associate researcher, and for an NGO as head of communications and public relations.