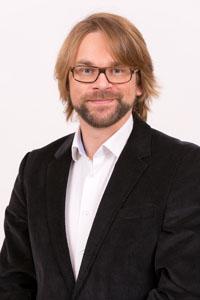 Lars Wieneke holds a PhD in Engineering from the Bauhaus-University Weimar, Germany. After graduating from the Technical University of Ilmenau he worked as a researcher in the Department of Interface Design at the Bauhaus-University Weimar. Funded by a Marie-Curie fellowship, Lars joined the EPOCH/CHIRON research group at the University of Brighton in January 2007 and specialised in the application of user-created content for museums and cultural heritage. In 2009, Lars worked as an independent consultant for museums and cultural heritage in France before becoming project manager of a joint research project between the Jewish Museum Berlin and the University of Applied Sciences Berlin. He joined the CVCE in 2011 and now works as a researcher in the Digital Humanities Lab. In 2014, he becomes the Head of Information & Technology.