S.M.I.L.E. project — Sharing Messina Ideal a Lesson for all Europe 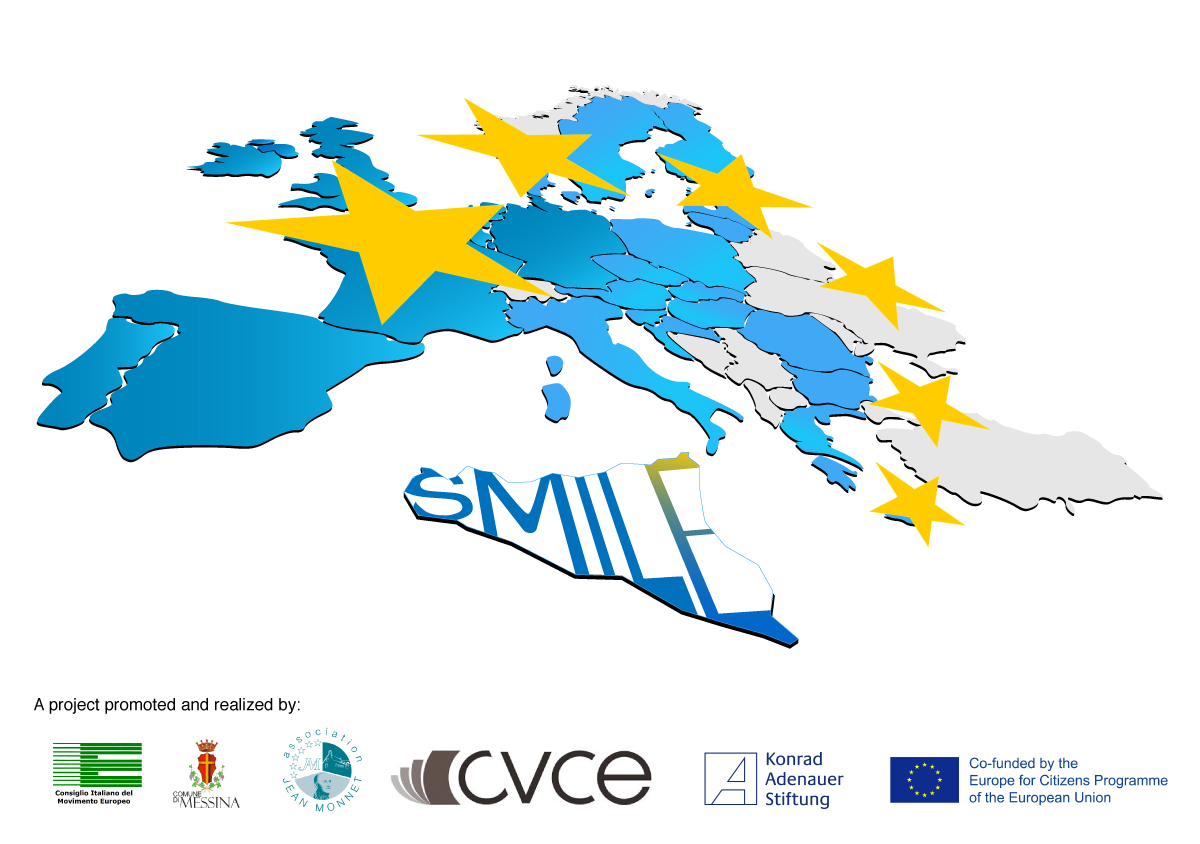 In 2015, 60 years after the Messina Conference, how can we best remember the ideals and lessons of the European integration process?

The project will involve a series of activities for young people from the six founding countries of the European Community (Italy, France, Germany, Belgium, the Netherlands and Luxembourg), including a competition, a series of training sessions, the creation of a web platform and multimedia exhibitions. The project will culminate in a major conference to be held in Messina in late May 2015.

The project is also aimed at the new European Union Member States to help them further their knowledge and awareness of the ideals and dynamics that marked the early days of the European integration process.

The Italian Foreign Ministry and the Ministry of Education and Research, together with the archives of the European University Institute in Florence and the Italian-based University Association for European Studies (AUSE), are also involved in the project.

This European partnership is supported by the European Commission’s ‘Europe for Citizens’ Programme.